Both saw each other on the first day.

Laxmi 'manned' the counter, handed a burger to Tanya.

Laxmi's makeshift cafe, outside the school premises, held her family's body and soul

The contrived expression and the palms pressing on the abdomen were the ploys.

“Put on your gumboots and carry the umbrella”, I ordered sternly.

The paper boats stood on his desk. I smiled. 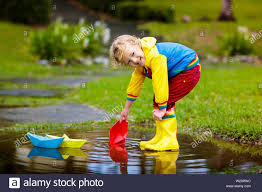 members in hometown. I did not go to exotic destinations in my summer holidays.

A trip to my maternal grandmother was most awaited. My other cousins , younger and

older , too assembled in the 'dodda-mani' (literally means big house in Kannada, an Indian

language). There was enough space for our battalion of cousins and neighborhood kids to

play in the courtyard. And there was a bigger space in the hearts of relatives who

accommodated us and our pranks. There were no project deadlines or school schedules

to be followed. The Sun, moon and stars dictated our time-schedules.


My grandmother, the matriarch, who ruled with an iron hand had the softest heart which

she displayed it at an appropriate time. We were scared and at the same time in awe of

her. Her work started with the kitchen and ended there. Kitchen was her playground.

couldn't grasp the reason. Grandma cooked on a makeshift stove of bricks cemented with

mud. There was a huge chimney area for the hot air and fumes to rise up. Logs of wood

were used and fire was lit.

obeisance. All the Elements were worshiped. The food was cooked in earthen pots in an

explaining each ritual and need to thank the Almighty for having a roof over the head,

After all the food was cooked, grandma used to mix clarified butter (Indian ghee) with a

tablespoon of cooked rice and offer it to the fire as oblations. The aroma of the food sent

my hunger pangs into an overdrive and my mouth salivated. The human senses of sight

and smell were awakened before touch and taste. Watching this ritual was sacrosanct to

me while my cousins played in the courtyard.

and rest after devouring 'prasadam' (offerings). All the Elements of Nature were


Last summer I paid a visit to my ancestral villages. Rural India has made progress.

makeshift stove burns only in my memory. I looked at her smiling portrait with a

sandalwood garland around it. She has cooked memories for two generations, fresh and

This week’s prompt is fire. Campfire? Forest fire? Just burning your life down and

starting over? Wherever this prompt takes you is fine!


incubated sun rays
hatched from the womb
i cradle them 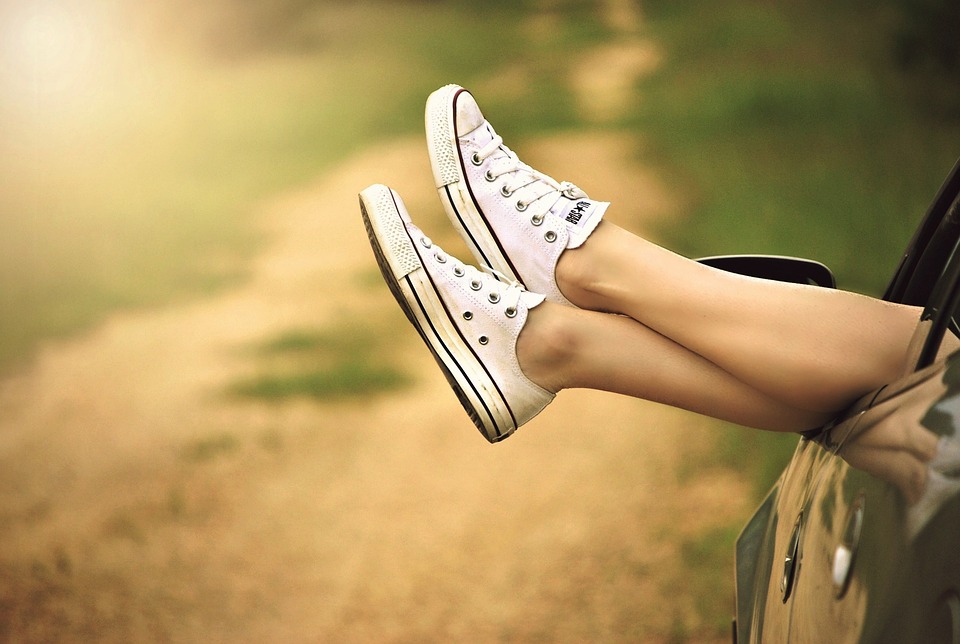 image by Greyerbaby at Pixabay

Thelma had an eye for perfection. She did the most imperfect thing perfectly. Like

would not hurt her and her torso perched on a pillow for maximum comfort. The canvas

shoes were gleaming in the freshly incubated sun-rays.


I asked her to relieve me while I relax and munch on a cucumber sandwich.

outside the window, on my Nikon.

Next summer we both would graduate. Excitement as well as trepidation weighed equally

on a see-saw plank. Trepidation , as we would have to work for different firms in

different cities. One never knew where our paths would take us. So she voted on a road

We left behind the bustling Mumbai City.  The narrow belt of the Konkan strip with

verdant farms as far as the eye could reach, slowed down our journey. We feasted our

eyes on the picturesque splendors of Nature. The bucolic beauty wowed us to take a road

trip again after we were settled in life.

"Could I get a Paracetamol? " I inquired at the tiny Medical-Cum-General store.

"It is closing time for tea and I will do no business", a stern looking man with Gandhi

" I won't be able to drive with this headache. Pleaseee", I pleaded with an urgency in my

voice. The sound of temple bells reverberated at a distance.

He agreed to dispense the medicine.

Thelma picked up the crate of aerated drinks, dropped the currency notes on the counter

and ran towards our vehicle.

"Thissss is cheating", the old man hollered. I had no option but to press my legs into

of dust , swearing at us. We picked up speed and never saw his face again.


The temple bells struck a sonorous note. The small shop was replaced  by a swanky

Day-and-Night Chemist shop. My body was slightly sore with wear and tear. My temples

were throbbing. A young lad manned the counter. I asked for a Paracetamol.

My bespectacled eyes hunted for a crate of aerated drinks.

I started the ignition. My eyes turned moist. I looked at the skies. "I have kept my

I still have the picture of her legs dangling, in my brief-case.

The solo road trip after two decades is incomplete.

use of the emotion  schadenfreude.

: enjoyment obtained from the troubles of others
Posted by kalpana solsi at Tuesday, July 09, 2019 7 comments:

Amy's name was not announced.

Her ego took a fall. The floor tasted like bitter-gourd.

The bitterness of defeat left a bad taste in her mouth.

She would be Master-Chef next year.

Anita set the automatic coffee maker and changed the flowers in the vase. Her palms

hugged the body of the mug sending warmth through her body. Her mouth enjoyed the

taste and aroma of her morning drink.

The wrinkled hands poured tea from the kettle and stirred with the old spoon. She had to

Anita stared at her mom and the old eyes met her gaze. The unspoken communication

Two coffee mugs lay on the table basking in the sunshine with laughter wafting, the next


It’s time to leave the past behind.

click HERE to read all the FF stories.
Posted by kalpana solsi at Wednesday, June 12, 2019 23 comments:

“Sir, this beautiful property is owned ….

“….by a landlady who suffers from OCD. Blue being her most loved color she wears her

heart on her sleeve and prefers to keep pesky intruders at bay.”

tenant’s tastes and intellectual standard. She is a stickler for punctuality and hates to be

The estate agent’s pupils bulge with a farrago of admiration and curiosity.

“Tricks of the trade”. The detective winks climbing the stairs while the agent scampers.

Written for : Friday Fictioneers . Thanks Rochelle

His cell phone would ring and he would hold it tighter to clamber onto to a coconut tree.

This ritual was sacrosanct and quotidian affair. She tried her best to hear the one side of

the conversation. However, the height and his low tone would not reveal anything.

She glared at the sagging branch of the tree. Thud. His spine cracked under the weight of

The day after, Suzy answered the call and smiled.

Not a perfect murder.

In 99 words (no more, no less) write a story without ice. It can be a world without ice or a

summer camp that runs out of cubes for lemonade.

Inspector Ghote finds it hard to believe that it is a Perfect Murder. What is the motive?

The billionaire’s obituary extends to a full page in the newspaper. The dead man’s chest

is cut open.  Looks like the work of a surgeon.  All the family members are abroad. The

Ghote stares at the cylindrical ice in his lemonade.

“Water can take any shape to form ice and melt away”, quips Pratima.

The murder weapon too melted away. He will search for the motive. The murderer is

Suzy was blindfolded playing ‘tail the horse’. She missed the mark. His daughter’s play

reflected his state of mind. Charlie had to choose the right candidate to succeed him

from the promising lot. However, one bloke stood out from the rest. The dark brooding

eyes, the creased brow and tight lips were a picture of concentration. This young man

could be a dark horse and Charlie was ready to bet his money on his chosen horse.

Charlie could see his former glorious self in these eyes. Now wheelchair was his

companion. Being an assassin requires more than nerves of steel.

Photo by NRD at Unsplash

Rich people came and kept food packets and the needy took them as per their needs. The gap between the haves and have-nots decreased. What started on a small scale boomeranged into a noble cause . The fridge was always full just like her heart. Unseen , she smiled in the clouds.

Nikhil loved travel. Traversing the terra firm was reserved for the hoi polloi , he inferred.

Invading the unknown  and far-off planets was his idea of adventure. And it ran in his

the Milky Way.  Nikhil wished the vehicular traffic had smooth sailing on Mumbai

highways. He had read a report by doctors that screamed of backaches and slip-discs of

couldn't harm him. He would be safe, he  assured himself.

The hot air balloon picked up speed and the centre of the Milky galaxy look surreal. His

He had watched  'The Empire strikes back' umpteen times. Stars Wars was his fav serial.

School academics failed to ignite his curiosity. The lessons seemed banal to him

and the teacher's voice monotonous. Science-fiction unleashed his interest and creativity.

As his space ship cruised closer to Hoth, he imagined the cold white snow and ice for

miles around. His heart beats resonated in his ears and he couldn't contain his

excitement. He would regale his classmates with his experiences of the small terrestrial

planted. But ughh !! the cretins  would not be interested.

reverie. The door opened. "Nikhil, rajma-chawal is ready. Enough of your simulation video

Nikhil stepped down to hard reality and headed towards the kitchen.

Mumbaikar - resident of the city of Mumbai.

Rajma-chawal -  Indian one pot meal of rice and kidney beans gravy.
Posted by kalpana solsi at Wednesday, May 15, 2019 8 comments: 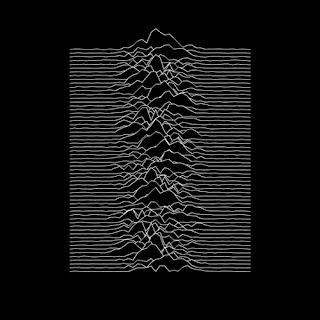 I tried to stretch the barrier,
But you got angrier.
You held on to your creation,
while I fumbled with caution.

I languished,
waiting for a slice of you.
I dusted myself, drew the border
of sanity and retreated.