Farmers are agitating in Maharashtra state asking the government to waive off their loans.


The agitators  had occupied the space on the  roads. No they aren't blocking the roads with their live-

stock or tractors but are spilling their farm produce on the roads as a form of protest. Isn't it hard to

believe?  What was the result? The prices of vegetables from their humble roots (literally) skyrocketed. The

scarcity of the perishable goods  made a trip to greengrocer a less frequent exercise. But kitchen fires had

to be kept burning and hunger pangs at bay. A full Indian meal  was difficult to put on the table.

Vegetarians were at the receiving end. Housewives panicked and stocked whatever was available​ in

The hoi polloi would be glued to newspapers or desperate to hear on TV about the strike being called off.


I scratched by head and racked my brains for a solution.

Necessity is the mother of invention and this was time

to prove it. Crying for help on being stranded on the

island of helplessness was not going to help matters. God

helps those who help themselves. Alternatives had to 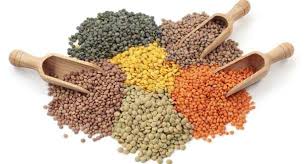 Generous use of lentils in different forms was

made use of. The humble lentils occupied a place

of pride on Indian Thali. Its nutritive value

which I had earlier not thought of.  I enjoyed digging into my North Karnataka traditional dishes. For

sometime salads were off the plate.

But  fresh sprouts replaced compensated  for the roughage to aid digestion. My wallet looked healthy and

(APMC). And the retail market started to do business again.

Milk tankers were provided security and we weren't deprived of the white nectar in tea and coffee. A

brief fleeting thought of stocking milk powder but did not hit the panic button.

Things are limping to normalcy .

essentials or change in govt policies. Demonetization of denominations made the citizens wary of

leaving their comfort zone to queue up outside the banks in the scorching heat. Did we imagine how

forty winks in peace. Do our athletes complain of the hot Sun or the not so up to the mark facilities?

They bring medals and laurels to our country. 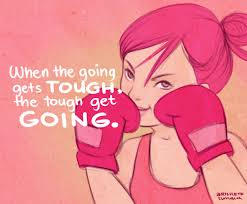 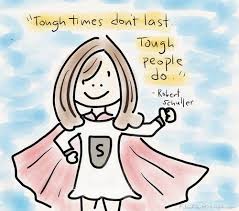 Tough situations do not last long but tough minds stay

forever facing the situation and wrestling it provides a much


Readers, how do you deal  when you are faced with a tough situation?

Email ThisBlogThis!Share to TwitterShare to FacebookShare to Pinterest
Labels: chattyblogs