On my way to school, I watched with great fascination and envied the contents of the

transparent round glass jars displayed on the counters of the general store. The oblong

orange candies sitting snugly as if hugging each other salivated my mouth. The rose

flavoured peppermints with a hole in the middle invaded my olfactory senses. The multi-

coloured square jelly beans made my innards dance. The scene slowed down my pace at

the sight of the tiny general store. 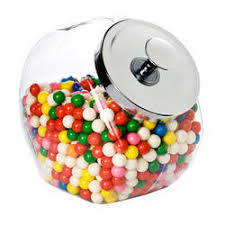 grabbed my eyeballs. I had a vague feeling that Prasad Uncle, the proprietor deliberately

displayed them in extra transparent jars to tease and mock me. Though Prasad Uncle was

an affable person with a wide smile on his face, I did not much warm up to him. The fault

It was not that I was not pampered as a child. They brought chocolates and ice-creams

which I didn’t fancy much. Maybe I had got them on a platter and forbidden sweets taste

the sweetest. Going to school and back home was an ordeal for me. When I saw some of

my friends exiting the store with candies in their palms or in their mouth, I would feel a

pang of jealousy. I ardently wished my parents would yield to my simple demand.

I tried to plead my mom to buy those colourful sweets but in vain. I then decided that

when I grow up I will never deny any sweet pleasures to my off-spring.

A 25 paise coin lying on the table attracted my attention. Mom must have

was kept. The sight of the gleaming coin dilated my pupils and I saw jars of candies. I

surreptitiously hid the coin in my palm and looked for the presence of my elders. The

I whispered my plan to my younger sibling who was appalled at my boldness. I assured

that we would never be caught provided he kept it a secret.

The next day we both held hands and walked together to Prasad Uncle’s General store.

home. I being the elder sister sternly told him that we would be accomplishing our

mission. It is your mission he reminded me.

We entered the store and Prasad Uncle was a bit surprised to see us in. We had never

made any purchases and what worried him further was that we were unchaperoned. I put

the coin on his counter with a sonorous bang.

Coming out of the store with ours mouths full of candies was a joyous moment for me.

falling to the ground. I held a treasure in my palm. We ate many candies on the way

back. The cheap candies singed my tongue due to overeating but that didn’t stop me

from sucking. After having indulged and satiated, the remaining candies were thrown in a

ditch. We made our way to home with not so happy faces. After eating the forbidden

sweets the germ of guilt started to gnaw my conscience. I had acted rashly and realized

the reason behind my parents forbidding us to eat the cheap candies. I promised to

myself that I would never do anything on the sly.


But we both did not have the gumption to own up the mistake to my mom.


In the 9th grade we had an English lesson, ‘Sweets’ by Robert Lynd’s  and the whole

childhood episode replayed in front on my eyes much to my amusement.

Years later, when I was in my teens I narrated the incident to my mom. The relationship

by now was ruled less with an iron hand and we were more closer as friends. She laughed

and boxed my ears. I too laughed with her.

I have learnt a very valuable lesson in life and I echo it to my teen: The forbidden fruits

which may include sweets do not taste sweet when indulged on the sly. It leaves a bitter

aftertaste in the mouth. Happiness shared is happiness doubled.

Readers, do you love sweets?

The Indian currency is called Rupee.