This time your entry must contain, ’38 missed calls in 10 mins! He/She wondered what was going on.’

Wiping the beads of perspiration trickling down her forehead with a cotton napkin placed strategically on the kitchen rack , Shruti continued to move her hand clutching the red lascivious carrot, moving  up and down on the stainless steel grater in perfect rhythmic motion. 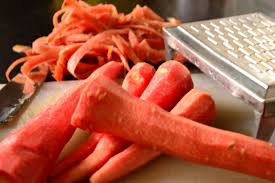 She glanced at the clock. It was twenty minutes since Abhay had left home. She still had to grate the remaining half kilo. It would take another ten minutes. She had to prepare the ''gajar ka halwa'  by noon for her kitty party. She found it therapeutic to cook and listen to the strains of music in the background. Music is food for soul.Whoever said that music was costly cacophony  was an inartistic person , concluded Shruti.

She set the 'Karhai' ( Indian wok) on the gas burner . She picked up the cordless phone and dialled Abhay's number while from her peripheral vision she managed to oversee the grated carrot being cooked in milk. There was no response from the other side. He must still be driving his two-wheeler, thought Shruti but he should have reached office by now , a worried wife 's woes.

Aishwarya sauntered in , the aroma permeating their spacious apartment. 'Aish , go and play . Do not disturb me' , scolded Shruti.

The  dessert was almost done and a filament of pure ghee covered the red layer. I will be the envy of the kitty party , thought Shruti , satisfied with her culinary skills.

Her concentration was disturbed by the incessant ringing tone of 'O ! re piya.........'.

She rushed to the bedroom where her Samsung Galaxy S4 lay snug on the pillow.
She picked it up and her pupils dilated ,' 38 missed calls in 10 min! She wondered what was going on' . She answered  with a barely audible 'hello' , her voice quivering.

'I should ask this question to you , Shruti. '38 missed calls in 10 min! He wondered what was going on'

'Shruti , you called me 38 times from our landline' , Abhay's voice pitching high.

Shruti ran to the living room. She sat down on the sofa , the soft foam sinking down under her body weight and the confusion slowly sank into her brain.

She had dialled Abhay on his cell-phone. As he was driving his two-wheeler , he didn't answer the call. Aish entered the kitchen and picked the cordless , unnoticed by Shruti and  pressed the 'redial' button 37 times. Abhay on reaching the reception lobby , of his office ,  saw the number of missed calls. He panicked and tried calling the landline but Aish kept the buttons busy. He dialled Shruti's cell-phone but the cell-phone being in the bedroom combined with music and Shruti's gastronomical concentration ,the accumulation of missed calls on her cell-phone was but natural.

Shruti patiently explained the chain of events  to Abhay. Both of them had a hearty laugh  at the morning drama.

Shruti picked up Aish and kissed the 24 month old bundle of joy who  had created panic and confusion a little while ago and was blissfully unaware of the happenings.

Suddenly , she remembered the 'Gajar ka halwa' . 'Oh ! my God ' , and ran to the kitchen fearing the worst.

Today , her kitty party will be a success. Shruti had put off the gas stove.


P.S. : My son was two years old and we were watching  a reality programme on television and my son sitting by our side handed the cordless to me. There was a man at the other end of the phone , worried and confused at the number of calls made to his phone. I apologized to him explaining to him that it is my 2 year old son fiddling with the phone. My son had dialed a random number and kept on pressing the alternate buttons of redial , talk and end. I realized that the phone could be a dangerous tool in the hands of a child and parents have to be very attentive to a child's movements.


This post is a part of Write Over the Weekend, an initiative for Indian Bloggers by BlogAdda.
We give out creative writing prompts each weekend for Indian bloggers.

Email ThisBlogThis!Share to TwitterShare to FacebookShare to Pinterest
Labels: parenting, phone, write over the weekend