Lungs : Parts of the body

The lungs are the primary organs of the respiratory system in humans.

the atmosphere and transfer it into the bloodstream, and to release carbon dioxide from

the bloodstream into the atmosphere, in a process of gas exchange, respiration is driven

by different muscular systems in different species. In humans, the main muscle of

respiration that drives breathing is the diaphragm . The lungs also provide airflow that

Humans have two lungs, a right lung and a left lung. They are situated within the

thoracic cavity of the chest. The right lung is bigger than the left, which shares space in

the chest with the heart.

We take our lungs for granted. They keep us alive and well. That's why it is important to prioritize  lung health.
Human body has a natural defense system designed to protect the lungs, keeping dirt and germs at bay. But there are some important things one can do to reduce the risk of lung disease.
Care of the Lungs

Lung capacity declines as one ages. Keep the lungs healthy by taking good care every day.

in the lung, which can lead to chronic bronchitis.

Secondhand smoke, chemicals in the home and workplace can worsen lung disease. Make

The air quality outside can varies daily and is sometimes is unhealthy to breathe. If there

is a dust-storm , be indoors. Mornings are good for walks and outdoor exercises. If air

outside is bad exercise indoors or workout in a gymnasium or walk in a mall.

Lung disorders include  asthma, COPD, infections like influenza, pneumonia and

Pranayama is one of the best lung exercises. It incorporates yoga for lung health, as it is

an ancient yoga position. Pranayama is the process of regulating the body through the

controlling of one’s breath. Pranayama for lungs and sinus control can therefore be very

(YouTube videos)
Plants not only increase the aesthetics and beauty of the house but some indoor plants better the quality of environment air.
Spider plant , Aloe Vera plant, Lavender, English Ivy, Snake plant, Rosemary, Peace Lily,
Boston Fern are some of the plants when kept indoors can boost the health.
Note : Practice the Pranayamas under expert guidance. consult your doctor. 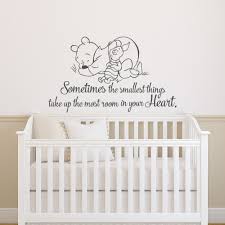 Sometimes the smallest things take up the most room in your Heart - Winne, The pooh.
She understood the gravity of the words when the little one was wrapped. She hadn't set her eyes on the bundle that she had nursed in her heart for the whole nine months and  was taken away from her. Fate is cruel, she wailed. She prayed fervently and hoped for a miracle. God heard her and said "Amen". The little one sneezed and cried her lungs out. The cries reverberated and was music to everyone's ears. The mother ran and cradled her baby in her arms. Miracles do happen. The nursing mother spread her hands  and thanked the Heavens.
(Google pics)
(Information courtesy Google)
Readers, do you do pranayama yogas or any other breathing exercise?

I am participating in the A to Z Challenge.

Email ThisBlogThis!Share to TwitterShare to FacebookShare to Pinterest
Labels: A to Z Challenge, lungs, parts of the body